What Happened When He Quit Crying

Darkness reigned. Violence had the upper hand that night in the city of Jerusalem. Moments from praying in anguish, on his knees in the Mount of Olives garden, Jesus had been seized by callous Roman soldiers. Forcefully they marched him like a criminal toward the home of the high priest.

Jesus’ disciples had fled, except for Peter. Having followed the soldiers at a distance, he was now in the courtyard, bewildered and cold. He joined others who were warming their hands by a fire. Looking closely at him, a servant girl cried out, “This man was with Jesus!” Peter replied acidly, “Woman, I don’t even know the man!” Soon, someone else accused Peter of being a friend of Jesus. Again, Peter responded sharply, “Man, I am not!” Later, when it was almost morning, another man declared he was certain Peter was a disciple of Jesus. Angrily, Peter replied, “Man, I don’t know what you are talking about!”

At that very moment, as Peter was spitting out those words, he heard the sound of a rooster crowing. He immediately looked toward Jesus, who was standing nearby with the soldiers. Jesus was looking straight at him. As their eyes met, Peter wanted to die as he remembered the words Jesus had spoken to him hours earlier, “Before the rooster crows today, you will deny me three times.” Shattered by his shame, Peter turned and ran outside the courtyard, weeping bitterly.

He was a broken man. Only days before he had been the outspoken leader of the disciples. He was “the Big Fisherman.” Now, embarrassed and humiliated, he felt the terrible weight of his denial crushing his soul. A faithful disciple of Jesus? No, he thought, “I am a fraud! a hypocrite! I boasted that I would die for Jesus, but now I am hiding like a coward while Jesus is out there being beaten half to death!”

You can see him there sobbing, his body shaking, his heart breaking with anguish that made breathing difficult. Disgrace was never more burdensome for a man. Yet he did not opt for suicide, as Judas had. What happened? Why did he stop crying and repent of his sins? How did a man who was such a failure become a great leader of the Christian movement?

I believe it was what he saw in the eyes of Jesus while the rooster was crowing. What Peter saw was the compassion of the God whose love endures forever. He saw no condemnation in the eyes of Jesus. He saw grace, the unmerited grace of the Lord who loves us in spite of our sins. He saw love, the redeeming love that can deliver us from the shame of our failures and give us new lives of fruitful service. He saw forgiveness, that beautiful gift of God that frees us from sin and gives us the power to live a life that honors the Christ who died so we might come alive to God. 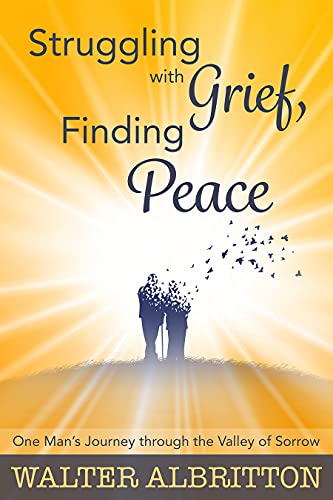 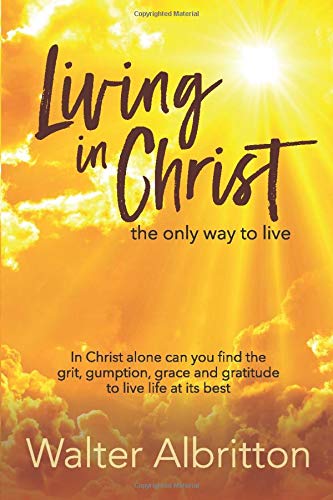 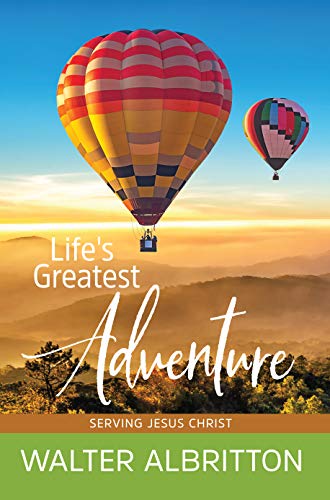 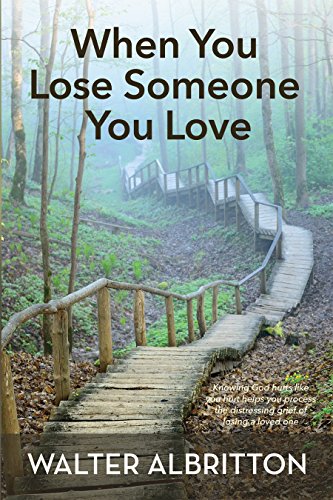 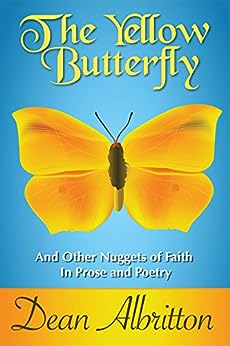 A Friend’s Kind Remarks About this book:

Walter, thank you from the bottom of my heart for writing this book so soon after losing your precious Dean. Struggling With Grief, Finding Peace was written for me and several of my close friends that have recently lost their mates. I read this book slowly, allowing myself to read and absorb one chapter per night and didn’t want to get to the end.

My husband Herman has been gone since June 22, 2021. We had been married 61 years as of June 4, 2021. My deep grief has caught me somewhat by surprise. I thought since he had been sick so long, and I had grieved for years, that I wouldn’t struggle as I have. The finality was so harsh. Although I know without a doubt Herman is with Jesus, I just miss him so! Your book helped me with this struggle; I saw myself on almost every page.

I too have a good support group that I am thankful for and it has taken a while to find my place and to know what God wants me to do with my life now. Your book has so encouraged me to keep on keeping on. The Lord has begun revealing His plan for me and I have hope for the first time in a long time. I, like you, was so absorbed with my grief that I overlooked Carol’s grief for her dad. Thank you for including that in your book; it certainly opened my eyes to her hurts.

I immediately ordered 4 more books and have given them to my friends that are grieving. One special friend is struggling so with her grief for her husband and your book truly ministered to her. She is a wonderful Christian, just overcome with grief. Thank you for taking your time to read this long message but I wanted you to know how much your book has meant to me in my journey through grief. I’m praying for you and please continue to write!

ANY TIME is a great time to give someone a good book!